You can count on Sabrina Peña Young to come through for your film, video, or multimedia project.


A HISTORY OF FILM AND MUSIC

Young has been exploring film and video art for 15 years. She worked under Emmy-winning documentary filmmaker Charles Lyman at Atlantic Productions, working as a production assistant for Inside Out and other projects and assisting at the Chinsegut Conference of the Moving Image. While taking film/media classes at the University of South Florida, Young studied under Lyman and controversial visual artist Hassan Elahi, best known for his work on media and its social implications. As part of the cutting edge artist group SYCOM, Young combined her love of electoacoustic music with performance art and media to create a variety of intriguing projects including Flower in the Sidewalk, an interdisciplinary event showcasing urban artists and musicians and participating in the annual BONK! Festival and Tampa's Contemporary Music Festival. 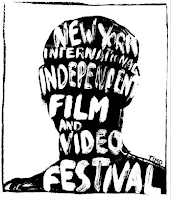 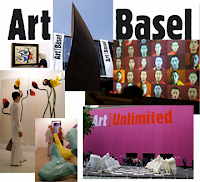 Young continued to delve into film/media and music despite economic and personal setbacks, writing the score for emerging New York filmmaker Kalup Linzy's All My Churen using only freeware music software and creating intriguing sci-fi inspired video art like World Order #2  for Turkey's Cinema for Peace.

In 2003 Young decided to combine her pursuits in Music and Media by studying Music Technology at Florida International University, taking an extra year to study film/media with video artist Jacek Kolasinski. While studying film/media, she had the opportunity to showcase works like Portrait of Urban Life and Psychosis I: Dissociation at venues like Art Basil Miami and Art Miami, as well as other local South Florida galleries and events. Young also had an opportunity to act as audiovisual assistant to legendary composer Pauline Oliveros at the Deep Listening Gallery in New York, participating with the visual work Inner Thoughts of the Distorted Psyche' for the annual Women and Identity Festival and collaborating with artists Lisa Barton and Sadie Brathwaite for the interdisciplinary work Tewaizations. Young used her graphic design and film experience for a variety of organizations, including the International Computer Music Conference's Composer Jukebox and the controversial multimedia performance art work World Order #4 for the FIU New Music Ensemble.


If you are interested in programming these video and/or tape pieces for concerts, festivals, or other venue, please e-mail me at spenayoung@gmail.com. Add the venue and work title in the subject heading. 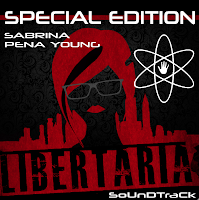 Libertaria: The Virtual Opera
A young teen rebel escapes from a genetics factory and pairs up with her addict father in this exciting machinima opera premiering in 2013. With a talented cast from all over the US, a compelling cinematic score, and stunning visuals, Libertaria breaks ground as the first musical created for machinima and one of a few animated operas in the world.

By Music Maven
Feel like writing an opera is only for big name composers with big budgets? Or are you willing to take the plunge and create a work in one of the most compelling and cutting edge musical forms...an opera? Almost two years ago I embarked on the largest musical production I have created to date -  Libertaria: The Virtual Opera. After writing the award-winning Creation Oratorio and dozens of multimedia works, I wanted to combine my love of the audio and the visual into a single large scale work.  Find a Great Dramatic Story You need a strong story to write a compelling opera. Fortunately you can easily borrow from thousands of public domain works and modernize them. Think of West Side Story (just a contemporary version of Shakespear's Romeo and Juliet) .   Many great operas use Shakespeare, the Brothers Grimm , and Biblical stories, all of which include interesting characters, strong themes, and action.   Libertaria borrows heavily from messianic stories, but is se
14 comments
Read more

By Music Maven
Sheet Music (Photo credit: jayneandd ) Awhile ago I decided that I would upload the bulk of my music scores and sheet music to sites like Scribd, the Petrucci Music Library , and Archive.org for free sheet music downloads. Some musicians told me that it was ridiculous to give away my music. The truth is that I don't depend on music publishing sales of my scores, and I would rather inspire a young piano student, percussion ensemble, opera singer, grandma, bored music student, or music teacher to play and study my music than hold on tight to my copyrights and let my music scores collect virtual dust on my hard drive.  The Petrucci Library, Scribd, and Archive.org all have dozens of free music scores available for choir, vocal solos, piano, percussion, orchestra, opera, multimedia works, and more. You can see a short list of available free sheet music by checking out the Scores page. You might want to check out scores to my modern opera Libertaria: The Virtual Opera , an ex
Post a Comment
Read more

By Music Maven
Music Secrets: How to Write an Opera, Part 2 After the incredibly positive feedback that I had from Music Secrets: How to Write an Opera, Part 1 , I thought I would talk a little bit about the composition angle of writing, at least how I do it in regards to vocal music . Here's a quick primer for anyone learning some of the basics of writing vocal music for opera, musicals, classical music , etc.  1. The Sketch I have had several great teachers in my life - Dr. Clare Shore , Hilton Jones, Dr. Kristine Burns, Paul Reller , Dr. Frederick Kaufman, Dr. Orlando Garcia, Chuck Owen, etc. My composition prof (and USF SYCOM guru) Paul Reller helped me develop the composition technique that I have had for years.  Download the Libertaria: The Virtual Opera Soundtrack at iTunes When I have the time to go through the entire composition process (because sometimes I have to skip a step or two for deadlines), I will start out with pencil, paper, and a piano (or keyboard, in my case).
Post a Comment
Read more

By Sabrina Pena Young
How to Write Film Music in 5 Easy Steps How to write film music in five simple steps for any composer. Thanks for checking out this video! Subscribe for more great content! Like this? Then check out AMAZON BESTSELLER Composer Boot Camp 101, a comprehensive guide to songwriting, composition, and film music with 50 exercises for students, educators, and music professionals! DOWNLOAD TODAY
Post a Comment
Read more

By Sabrina Pena Young
What Skills Do You Need to Become a Songwriter?  Becoming a successful songwriter is the dream of many musicians. But knowing how to write a song , learn an instrument, and make a successful musical career can seem impossible. Well, it does take a lot of work. Not everyone that wants to be a professional musician will succeed, and many just enjoy writing songs as a fun hobby for their enjoyment.  Do I need to Sing or Play a Musical Instrument? This might seem like a simple question, but it actually has a complicated answer. Why? Some songwriters never learned a single instrument yet can come up with great lyrics and catchy melodies. Others have played piano or guitar for years or are trained singers. So what is the answer?  As a songwriter, you need to understand different aspects of the songwriting process. That doesn't mean you have to have an incredible voice or be the best guitar player on the block. What it does  mean is that you need to know music. There is no better
5 comments
Read more

By Music Maven
1000 Pennies for Your Thoughts - NARA - 534149 (Photo credit: Wikipedia ) One of my many hats is online university instructor. I teach courses in Media and Music History. In my Media in American Society class, we discuss many aspects of media, including truth in media, media conglomeration, marketing, advertising, and the like.  Today my students had an intriguing discussion/debate online about news and partisan politics. The debate was a healthy one, with some students claiming that they see all sides, others describing their favorite political pundits, and others lamenting the lack of authenticity in the media today. In the end, the fact that there would be no answer to today's questions, largely due to the lack of authenticity and the inability to trust anything in print, online, on a TV, spoken by a political leader, etc. etc., I brought up a short discussion on postmodernism, postpostmodernism , and its effects on American culture.  Here is a small snippet that I though
1 comment
Read more