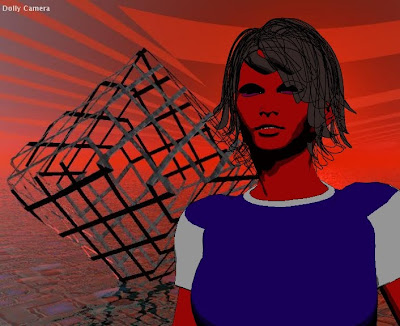 Libertaria: The Virtual Opera
A surreal animated musical work by Sabrina Peña Young
Teenage Libertaria, a fighter of mysterious origin, leads a children's rebellion against the post-Apocalyptic government of the United Socialist States of America.
Even death can't stop her.

I am happy to announce the online auditions for Libertaria: The Virtual Opera at Music Xray.

If you are interested in volunteering your vocal talent for this exciting new animated opera, please check out the link below:
http://www.musicxray.com/interactions/1414/submissions/new

Libertaria: The Virtual Opera
It's the year 2125, and United States, decimated by nuclear war in the last half of the 21st century has splintered off into territorial factions. The sky has grown red, the water runs black, and hope rests on the shoulders of a young teen.

Meet Libertaria, of unknown origin and unknown place. Left as an infant in the abandoned Lady Liberty in the year 2125, she spent her early years bouncing from one foster home to another, until at the age of 14 she found escape, traveling on the bullet train from Nueva York, the capitol of the USSA, to New Miami.

But the world had not heard the last of the spunky chic with the bad attitude. And before it's all over, she will lead a children's rebellion against the greasy politicos running the nation into the ground.